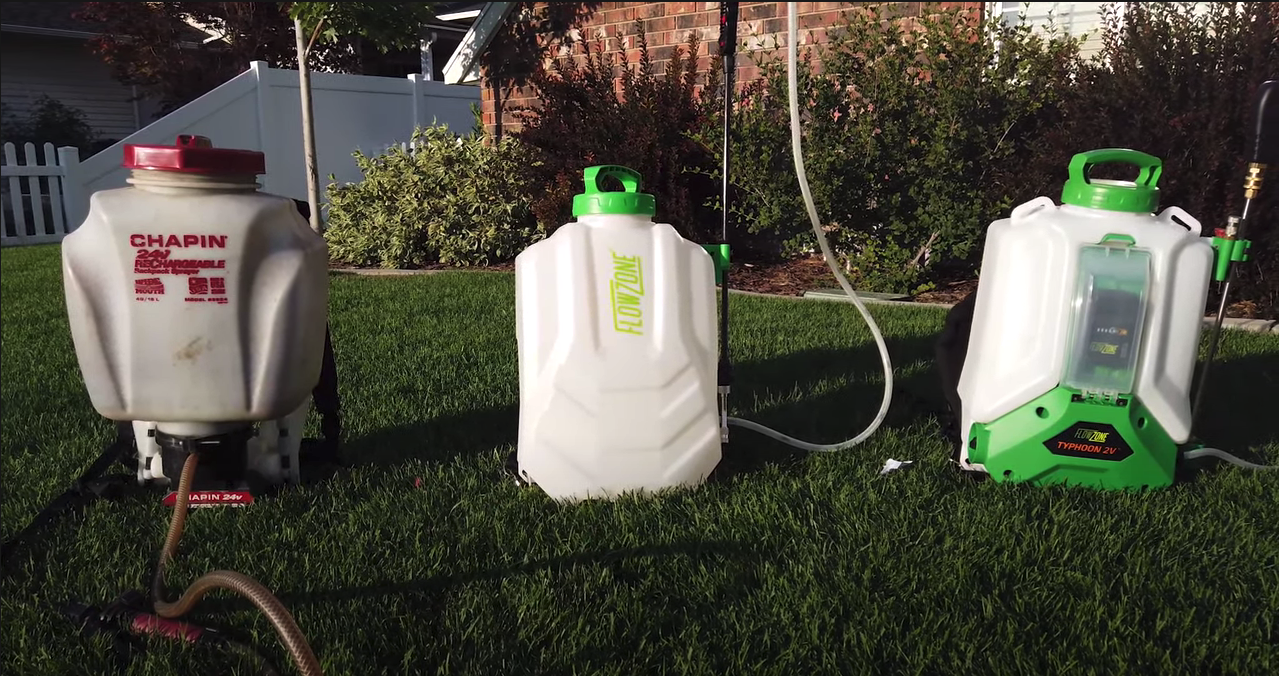 As an experienced technician, the Pest and Lawn Ginja on YouTube knows that there are several options for backpack sprayers, and it can be hard to distinguish between all of them to find the best.

The Ginja has been a longtime user of a competitor’s sprayer, but has run into a few problems over the years. In search of what other options are on the market, he turned to some of his trusted suppliers in the area and asked about what backpack sprayers people are buying, but more importantly, which ones people aren’t returning.

"One name that kept coming up was FlowZone," the Ginja said.

He did a side-by-side comparison of his old sprayer to two of FlowZone’s models: the Tornado and the Typhoon 2V. At first glance, FlowZone’s backpacks appear to be pretty similar to the competitor model, but with a closer look, the Ginja found several key differences.

The game changer, according to the Ginja, is the Tornado’s dual speed switch that can change the working pressure from 45 to 60 psi, versus his sprayer that only runs at one speed of around 40 psi. The Typhoon 2V has a variable pressure dial that has a range of 8 to 115 psi.

One of his most frequent frustrations with his previous sprayer was that the straps often fell off, since they were only attached to the body with hooks. FlowZone’s straps not only have more padding, but also have clips to ensure that they are secured to the sprayer.

Another difference that the Ginja claims to be a “huge design win” on the FlowZone sprayers is the battery placement. On his old sprayer, the battery sat exposed on the bottom of the sprayer, leaving it susceptible to liquid that often leaked out from the hose attachment. FlowZone’s batteries are placed inside protective covers that click open and shut to protect them. FlowZone batteries also have an indicator that shows how much power is left without having to remove the battery from the sprayer.

The Ginja was able to disassemble the FlowZone sprayers to expose all of their major parts. He noted that if there are any issues with your unit, other companies usually require you to ship your sprayer back to them in order to repair it. However, with FlowZone, the user has easy access to the different sprayer components, and all parts can be purchased online and replaced by the customer.

Another benefit that the Ginja found is FlowZone’s variety of quick-connect tips, including nozzles, guns, and wands, that can easily attach on to the hose. This makes your sprayer versatile enough to suit a variety of different jobs. The Ginja showed just a few of the ways that you can use your sprayer, including pressure washing bugs and growths off the exterior of his house, watering bushes and plants, and applying fertilizer to his lawn.

The Ginja is eager to test out his FlowZone sprayers further and see what they are capable of. 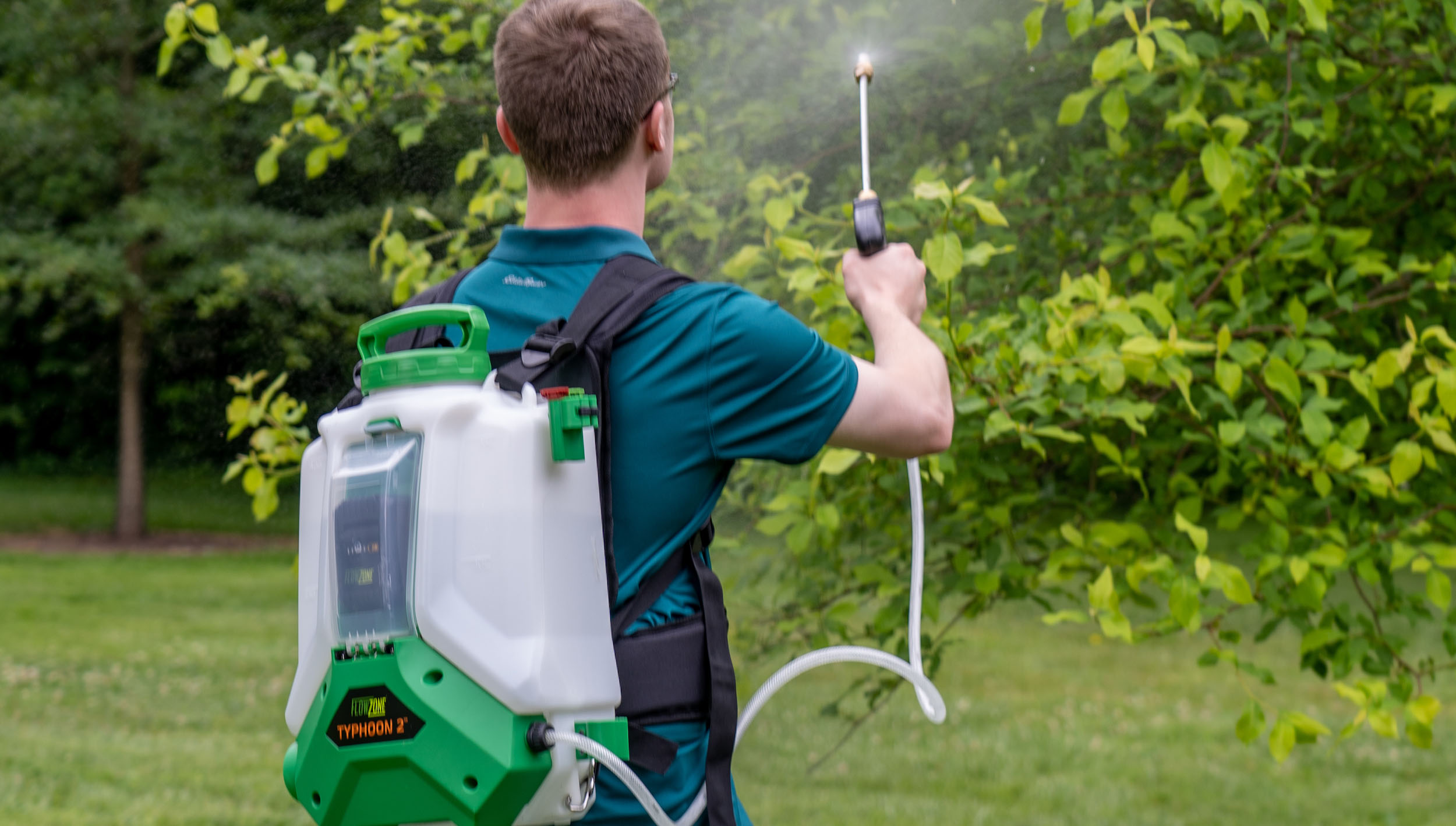 A Case for Battery Powered Sprayers 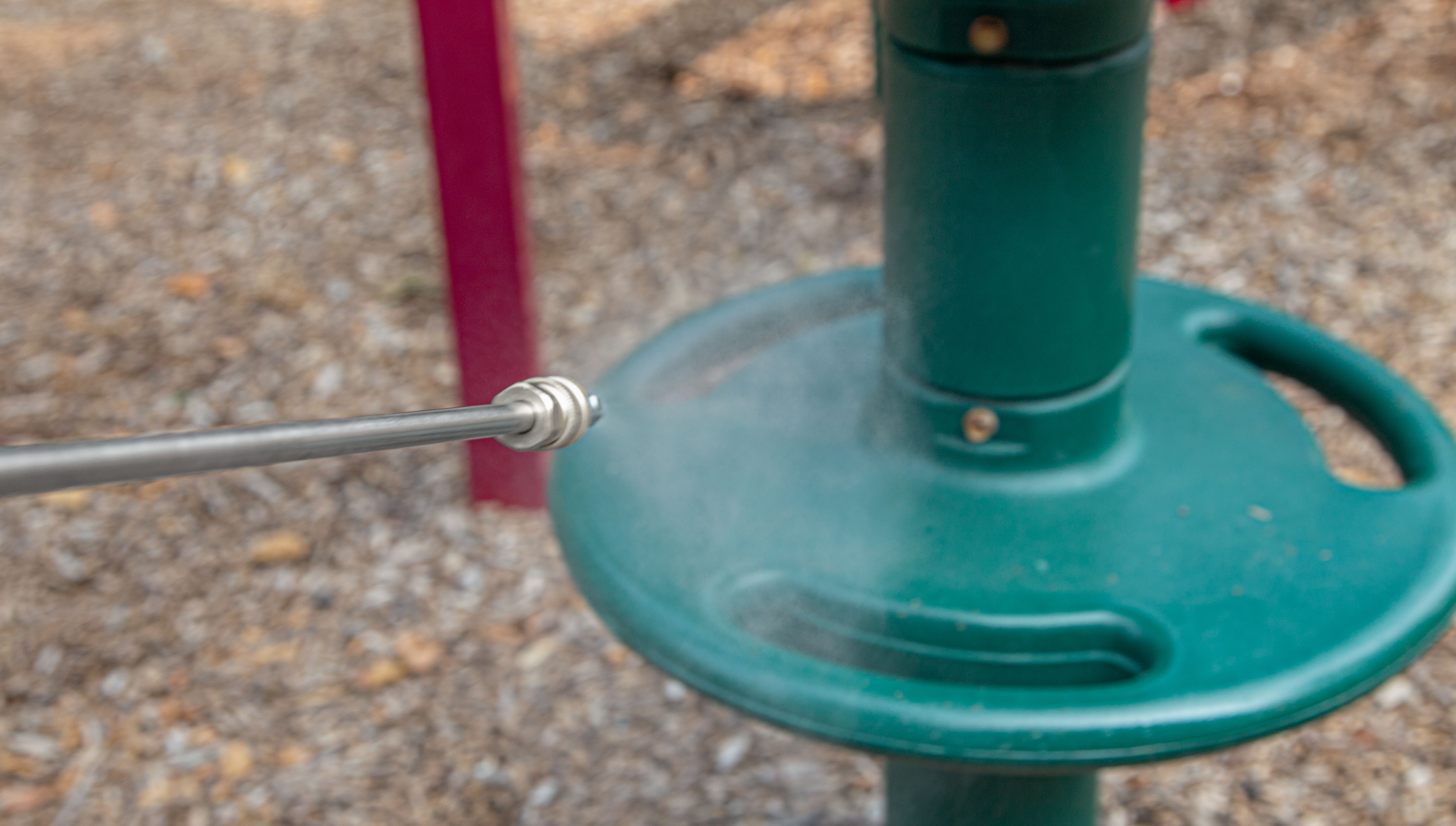 In these unprecedented times, FlowZone is making every effort to ensure that our employees and customers are treated with the utmost urgency and safety. As such, our warehouses are fully operational and our website is open for online orders.

The Ginja did a side-by-side comparison of his old sprayer to two of FlowZone’s models: the Tornado and the Typhoon 2V. At first glance, FlowZone’s backpacks appear to be pretty similar to the competitor model, but with a closer look, he found several key differences.

Interested in a sprayer? Browse our selection of professional-grade battery powered sprayers.